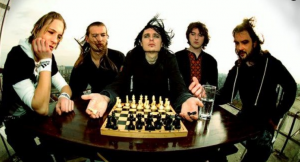 The group was formed in 2004 on the remains of Euphoria. A year later, they move to Kyiv, where they begin to play at various venues and become winners of the “Pearls of the Season” and “Global Battle Of The Bands” festivals. However, due to constant disputes with the producer, the team soon returns to Rivne. In 2009 they released the album Bardo.

Merva combines metal and emo-rock, managing to wedge Ukrainian instruments into its music, such as a flute or a harp.

The duet began its activities in 2012. However, soon Dmitry Vaskovets moved to Odessa, and Vlad Zarichnyuk moved to the capital. Both musicians in the band both sing and play the guitar. In 2016, the group resumed their work in a remote format, presented the New Year’s song Shchedyk and two tracks in the spring (Some day, Citizen).

Post-punk, but in very warm dream pop tones. “Music for the bedroom” – this is how their style of music is often called.

“OT Vinta” is the most popular Ukrainian rockabilly flagship group, which appeared in 1993 in Rivne. The team would have remained a local star if not for the album “Drigtindimba”. Since then, the group has released five more albums, traveled almost all over Ukraine and Europe, and appeared on the M1 music channel. In 2016, the most notable and at the same time unpleasant event in their lives was the ban on their performances in Poland due to a rally organized by ultras at one of the group’s concerts in Przemysl. The leader of the group Yuri Zhuravel is known as an artist and illustrator.

Rock combined with Ukrainian folklore. Their music is also called “stolen”. By all means, every resident heard at least once “a woman smoked a crane.” The group managed to bring this genre to a commercial level and take the place of the luminaries of Ukrainian rockabilly next to Mad Heads.

Post-metal, in which instrumental motifs of the saxophone or bagpipes sometimes appear. Recognizing the words in the songs is quite difficult. 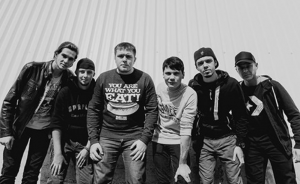 Created in 2008, the group uses a play on words in its name: “Far In Hate” (“distant in hatred”), and find consonance with the temperature scale (and therefore with the work of Ray Bradbury). Recently, the group rarely appear in public.