OF ALTERNATIVE GROUPS OF ROVENSCHINA

The musical map of the Rivne region is diverse: punk, rock, metal, pop and the like. The alternative direction of music is gradually stepping aside. Against their background, step by step, modern music appears, the performers of which skillfully modify the well-forgotten old into modernly processed new.

Rivne supporters of Futurama, who in 2005 named the group after one of the episodes of the animated series. In 2012, they began to represent the Macbeth Footwear brand in Ukraine, which, by the way, was created by the former leader of the American punk band Blink 182, Tom De Long. For 11 years, the world saw four mini-albums and three full-fledged ones: The Room (2007), acloneofmyown (2009), X (2015). After the release of their last album, ACOMO temporarily ceased operations. Throughout this period, the inspirer of the group was Lekha Kazantsev from the Rivne punk team Brem Stoker.

The post-rock notes of the early releases were reflected in the alternative honed to the smallest detail on the later ones. In addition, ACOMO’s music can sound like indie rock, breaking the rhythm just in the middle of the song.

The old-timers of the Rivne punk direction, who united back in 1996. For 20 years, members of the group often changed, but the vocalist and guitarist of “Lech” Kazantsev was the constant leader of the group. The group released their first album “Nedala” in 2004, and since then 16 studios have been created. The group organized their own studio INDIUK Records, where they record both themselves and other musicians of our city and not only. At the end of August 2016, Brem Stoker announced that their performance at Zaxidfest would be their last. As a parting gift to their fans, they released another full length album. Then, each went his own way.

Real punk without any hint of pop. Of course, this is not complete without rude male humor. In addition, the musicians take on the coverage of social problems, such as bad habits or addiction to gadgets.

In 2011, Igor “Ball Dreadball” Panchuk left the hardcore formation “My Father Drinks” and organized his own group. Its first name was “Khvors”, but for legal reasons it became “Vorst”. In 2014, the first album “But …” was released, on which comrades on the stage distinguished themselves: “Bram Stoker”, the group “Sri Lanka”, Kolos with “Violet”, “A Clockwork Orange”, Sashko Polozhinsky. The leader of the group himself is known as a showman, host of the Ukrainian festivals “Zaxid”, “Respublica”, “Bandershtat” and “Beautiful City”, as well as the author of a popular video blog about music. 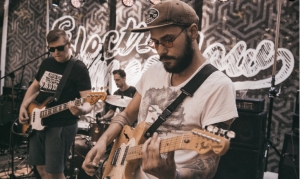 “Non-singing” Rivne residents (as they called themselves) have been creating instrumental music since 2013. In the very first year of its existence, Goodbye Earth produced two EPs: The Day and Dreams Of A Huge Whale. Mini-albums “Bliss” appeared in 2015 after the group moved to Kyiv. It’s a paradox: Rivne residents are played on American and British radio, but the organizers of Ukrainian festivals stubbornly refuse to see it.

Calm punk rock behind a mat-rock direction. The strings slowly overcome the rhythmic stratosphere, and when they fall into weightlessness, a dreary hysteria is formed over what will never be. 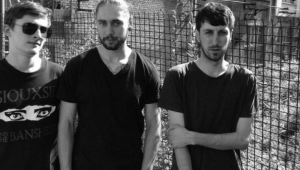 Musicians are not accustomed to talking loudly about themselves (apparently from this such a name). This is a duet of two Alexs (one – vocals and guitar, the other – drums and cents). They teamed up in 2012 to create a “cold” and “cloudy” atmosphere in the music world. The group has several mini-releases and a full length album.