Recording in Kyiv was upgraded in 2016–2017, but through the change of studios and other production facilities and mastering people, the release of the originally planned LP happened to switch to the EP format.

“The lyrics on this release of the world are about marriage and separation from close people, to inspire positive vibes in music as a matter of course. on the front, that one likes to play with different genres, and also it’s important that it’s the best for the kilkist, ”the keyboardist Lyosha Bruno spoke at the commentary.

A Belarusian artist and musician, a member of the Super Besse team Sasha Sinitsa, who repeatedly painted posters for WornPop Movement events, worked above the lining.

At the nearest future, the group plans to release the tracks presented live earlier.

Cold Comfort is a Rivne post-punk/coldwave group, created like 2012 rock. Discography narahovuє three mini-albums and low singles. Spivpratsyuє trio with the label Worn Pop. In an hour, the reason came up with the dates of a decal of concerts in Poland, Nіmechchyna, Russia and spent it on the collection of the cult Greek label Fabrika Records. 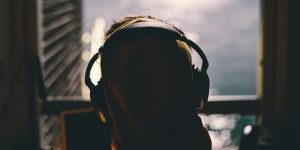 Extreme real dream
Perpetually hammering
Moving pictures around
Some smell of industry
Don’t know what’s happening
Something fills me up with greed
I feel cloned
Yes, I am home